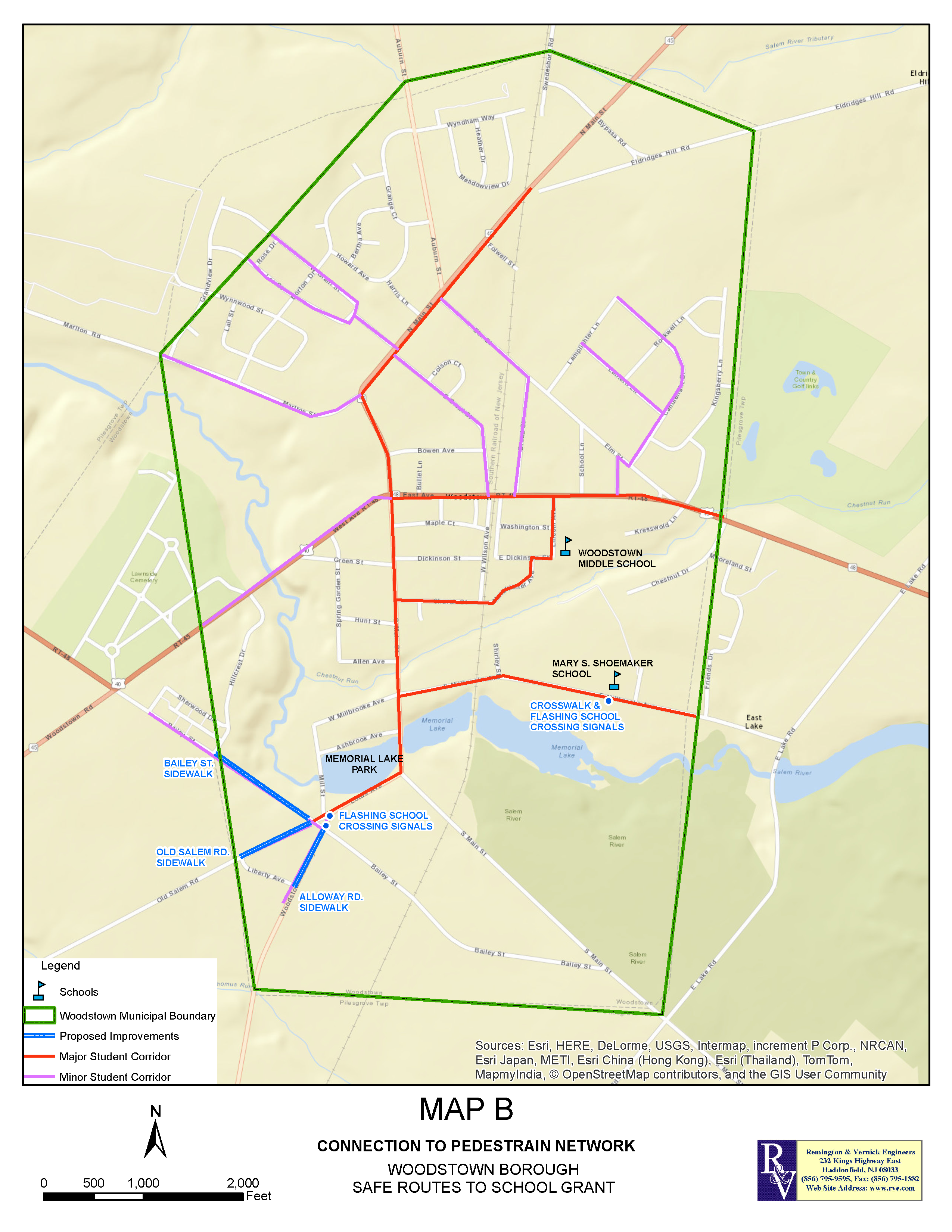 As a small, relatively dense municipality with areas of significant vehicle traffic, Woodstown Borough Mayor Don Dietrich and Borough Council Members recognized the importance of a complete sidewalk network to ensure pedestrian safety. Although the Borough strived to create a safe, walkable community, especially in the vicinity of its two schools, the Mary S. Shoemaker Elementary School and the Woodstown Middle School, gaps existed due to a lack of funds.

Since pedestrian safety continued to be a significant talking point amongst Woodstown residents, officials applied to the Safe Routes to School (SRTS) Grant program. The program, which is funded through the Federal Highway Administration’s Federal Aid Program and administered by the New Jersey Department of Transportation (NJDOT) in partnership with SJTPO, is highly competitive, as there are often numerous applicants in need of infrastructure improvements. Nonetheless, the Woodstown Borough Safe Routes to School Grant application was selected, and awarded $237,000 in funding.

The funding will cover the cost of four sidewalk, crosswalk, and signalization improvement projects near the two schools. The Bailey Street (County Route 616) sidewalk is the first of the four projects to be completed. The improvement will complete the gaps in a 1,200-foot-long walkway from Lotus Avenue to the Borough Boundary, the preferred walking path of students living in nearby affordable housing units. The improvement will also include the installation of solar powered, manually activated flashing crossing signals.

The second project is located at the elementary school, where a crosswalk will be installed across East Millbrooke Avenue to deter students from jaywalking. Furthermore, this improvement will include the addition of two ADA (Americans With Disabilities) accessible ramps; a walkway leading towards the main entrance of the school; two solar powered, manually operated flashing school crossing signals; and various warning signs along the roadway.

The Alloway Road (County Route 603) sidewalk is the third project location. Currently, a 200-foot gap exists in the 610-foot-long walkway from Bailey Street to Liberty Avenue. The objective is to eliminate the gap to improve walkability in the area, especially as 14 of the 60 units in the Freedom Village subdivision house students. The existing crosswalks at Bailey Street and Alloway Road are ADA compliant, as they were recently improved by the Salem County Road Department.

The final improvement project addressed by the grant is located on Old Salem Road. There is a 380-foot gap in the 790-foot-long walkway situated on the west side of the road from Bailey Street to Liberty Avenue. Much like Alloway Road, Old Salem Road is used by students residing in the Freedom Village subdivision. Due to the existing gap in the sidewalk, students walk on the roadway and often jaywalk. These behaviors create a safety concern, as the area is heavily trafficked during the morning and evening rush hours, which coincide with the opening times of the schools and the end of after school activities.

Images of the improvements will be posted to SJTPO’s Twitter and Facebook accounts, when they are available.