SJTPO is working with Atlantic County to identify a feasibility route for a 16-mile gap in South Jersey’s trails network between the planned Camden County Link Trail and the existing Atlantic County Bikeway. Completing this connection would advance a regional trails network in South Jersey by providing a continuous, off-road, multi-use trail from Philadelphia to Egg Harbor Township for all ages and abilities.

Next Steps: Advancing the Feasibility Study

This study was conducted as part of a first step in implementing the South Jersey Trails Design Guide, as it was identified as a critical gap in the existing regional trails network. The purpose of this study was to identify feasible routing and to identify manageable segments that could be submitted for available funding sources such as the Transportation Alternatives (TA) Set-Aside Program. SJTPO has engaged and will continue to engage with county and local governments in identifying funding opportunities and offering support to advance sections of this important corridor.

A planned 33-mile multi-use trail slated to travel through Camden County and connect a variety of recreational, commercial, and residential areas. A feasibility study was completed in 2017 and sections of the trail are currently being designed.

An existing 7.5-mile-long shared use path maintained by the Atlantic County Park System. The trail runs between Harbor Square in Egg Harbor Township and the Atlantic County Institute of Technology in Hamilton Township. Amenities include three parking areas and a pedestrian-actuated traffic signal at English Creek Avenue.

How Does This Project Relate to Previous and Ongoing Trail Projects in the Study Area?

Several previous studies and planning efforts are informing this current effort including: 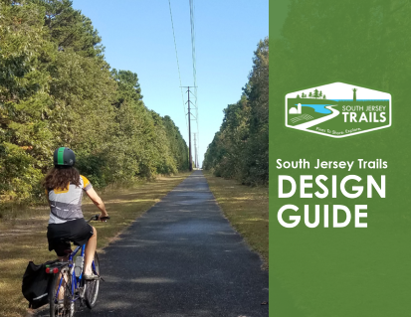 Developed by SJTPO, the South Jersey Trails Design Guide provides a framework for a comprehensive trails network in South Jersey similar to the Philadelphia region’s Circuit Trails network. The Atlantic County Bikeway West was identified as a priority trail segment in the design guide. 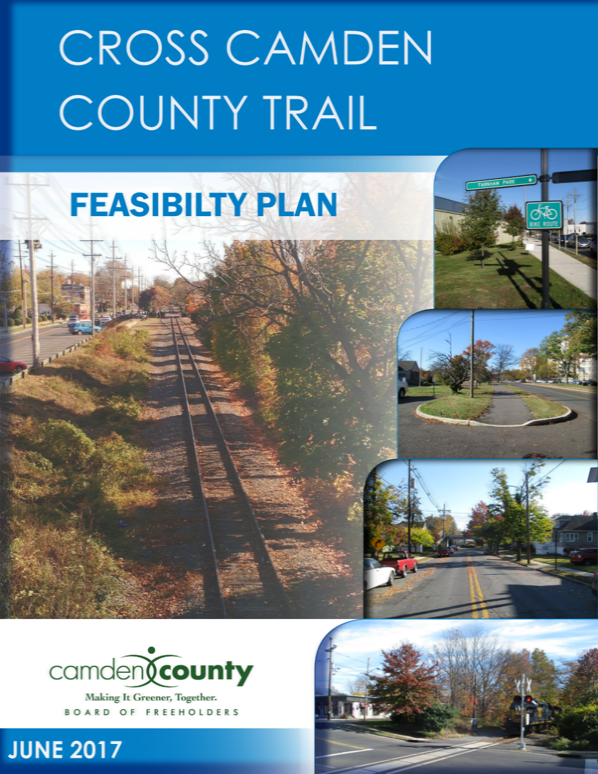 Why Invest in Trail Projects?

Reduction in emissions & energy use
Preservation/restoration of ecosystems

The proposed Atlantic County Bikeway West will be a multi-use trail that can be considered a shared-use path, sidepath, or some combination of the two. Both shared-use paths and sidepaths offer bi-directional travel for cyclists and pedestrians on a paved surface with an absolute minimum width of 8 feet and a preferred minimum of 10 feet. The main difference between the two facility types is determined by how they are separated from traffic. Shared-use paths are often located in parks, open spaces, or forested areas with complete separation from nearby roads, while sidepaths are located adjacent to roadways. Buffer areas between a sidepath and roadway can vary from as little as two feet to much greater widths, depending on the available Right-of-Way (ROW) and other constraints.

The trail will be open to all interested users ranging from local community members to those visiting from outside the region. To provide real-life examples of expected trail uses, a series of “trail user profiles” were developed. The profiles are not intended to encompass every possible trail user, but to assist with the evaluation of trail alignments.  Three profiles were developed:

How Were Potential Trail Alignments Determined?

Project mapping was gathered from several sources and includes points of interest, zoning, land use, existing bike and pedestrian facilities, and natural features and hazards. Together, these variables help identity demand for the trail as well as opportunities and constraints along the corridors under consideration.

Additional criteria used to select and evaluate trail alignments include:

The existing conditions analysis – along with input from SJTPO, Atlantic County, and the Steering Advisory Committee – led to the identification of three potential trail alignments:

These alternatives were presented and analyzed at Public Meeting #1 in June 2021.

The NJ 54/Rail Corridor alignment was selected as the preferred overall alignment based on the same evaluation criteria that were used to develop alignments, while also considering public feedback and discussions with the steering committee.  Primary factors for selecting this alternative included:

The proposed alignment would travel east from the planned terminus of the Camden County Link in Winslow Township to the Beasley’s Point secondary rail corridor, along the west side of the rail tracks until they meet NJ 54, and then run along the east side of NJ 54’s wide Right-of-Way (ROW). The trail would then turn and continue east into Buena Vista and Hamilton Townships along the vacant rail corridor parallel to US 40 before continuing off-road as a sidepath through Mays Landing to the existing Atlantic County Bikeway.

Subsequent planning for the trail was focused on three challenging areas along the alignment, which are referred to as “Focus Areas” and described below:

Beginning at the planned terminus of the Camden County Link in Winslow Township, the proposed alignment would extend east for about two miles before reaching a currently inactive rail corridor owned by Conrail. Most of this stretch is located on publicly owned parcels, except for two residential parcels near 14th Street. The trail would then run for ¾ of a mile along the west side of the rail Right-of-Way (ROW) and pass beneath the US 322 and NJ 54 bridges. Once through the NJ 54 bridge, the trail would run up the slope to meet the highway and run along the east side of NJ 54 as a sidepath for approximately five miles.

This area covers the stretch of NJ 54 from Weymouth-Malaga Road to US 40.  Two potential alignments are being considered to connect the NJ 54 alignment with the abandoned rail corridor paralleling US 40.  Both alignments would use the Buena Vista Campground to connect with Railroad Boulevard, as follows:

East of the campground, the trail would run along the former railbed parallel to Railroad Boulevard for about three miles until reaching Richland Village.  Most of this right-of-way is cleared of structures and vegetation; however, there are four structures near St. Augustine’s School located within the rail corridor.  In these areas, the trail will likely need to run adjacent to Railroad Boulevard for short segments and/or private ROW may need to be acquired.

East of Richland Village, the trail would extend for about seven miles along the rail right-of-way – which is owned by Hamilton Township – before reaching Mays Landing.  It’s proposed that the trail would run parallel and to the north of Central Avenue near the Mays Landing Fire Department.  The trail would then access Mays Landing and the Taylor Avenue train station via a new bicycle/pedestrian bridge over the Great Egg Harbor River, which is needed to replace the existing deteriorated structure.  After crossing the river, the trail would continue east along County right-of-way – passing directly by the Taylor Avenue train station – until reaching Farragut Avenue.

After crossing Farragut Avenue, the trail would weave through Gaskill Park to the intersection of Main Street (US 40), River Road (CR 617) and Somers Point Road (CR 559).   Modifying the existing intersection geometry and widening the sidewalk along the north side of the US 40 bridge are proposed to create a safe and accessible trail connection through the intersection.

East of the intersection, the trail would continue for approximately 1.5-mile along the north side of US 40, cross at the signalized intersection of Cantillion Boulevard, and then connect with the existing Atlantic County bikeway on the south side. There is enough right of way along US 40 to create a substantial buffer between the trail and the roadway.

Trailheads are designated locations where access to the trail is provided. Trailheads often include vehicle and bicycle parking and can also serve as rest areas with amenities such as restrooms, benches, and kiosks. Providing trailheads at regular intervals can help maximize public use of the trail, particularly for those who may not be able to arrive on foot or bike.

This plan includes eleven candidate locations for trailheads with differing levels of amenities. The proposed trailhead locations, type of trailhead, and approximate milepost are listed below. Several sites would require new parking facilities, while others would take advantage of existing parking at or near the location.

Once completed, the Atlantic County Bikeway – in concert with the Camden County Link and Somers Point-Pleasantville trail – will serve as a recreational and transportation asset that helps connect South Jersey communities. Since the bikeway cannot pass through every population center, it is essential that bicycle and pedestrian facilities be developed to connect the trail with nearby communities and activity centers. These connections will facilitate non-motorized access the local and regional trails network and help the system reach its maximum potential.

Examples of primary connections are highlighted below (north to south). Further opportunities to connect the Atlantic County Bikeway with nearby destinations, including Vineland, Atlantic Cape Community College, the Hamilton Mall, Egg Harbor City, and other local and regional destinations should also be explored. 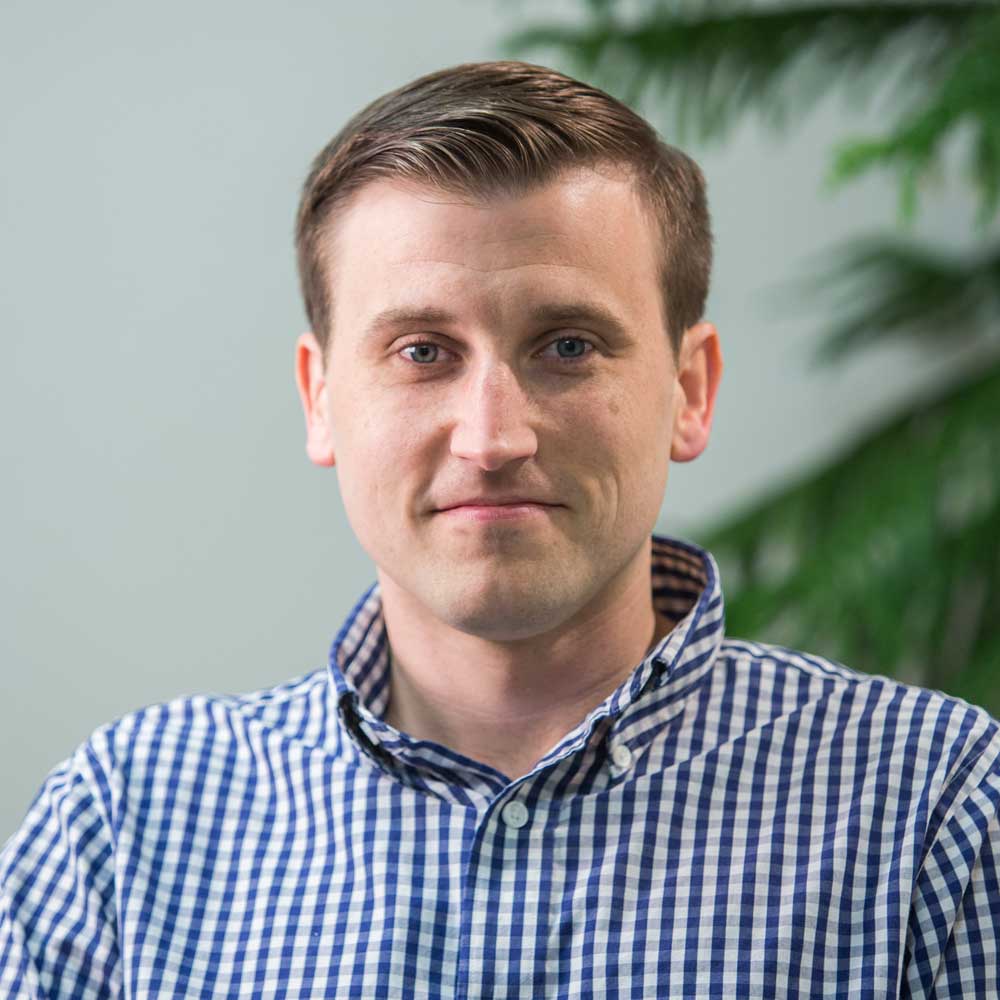 Copyright All Rights Reserved © 2023 │ Site Developed by Stokes Creative Group, Inc.
This site is protected by reCAPTCHA and the Google Privacy Policy and Terms of Service apply.