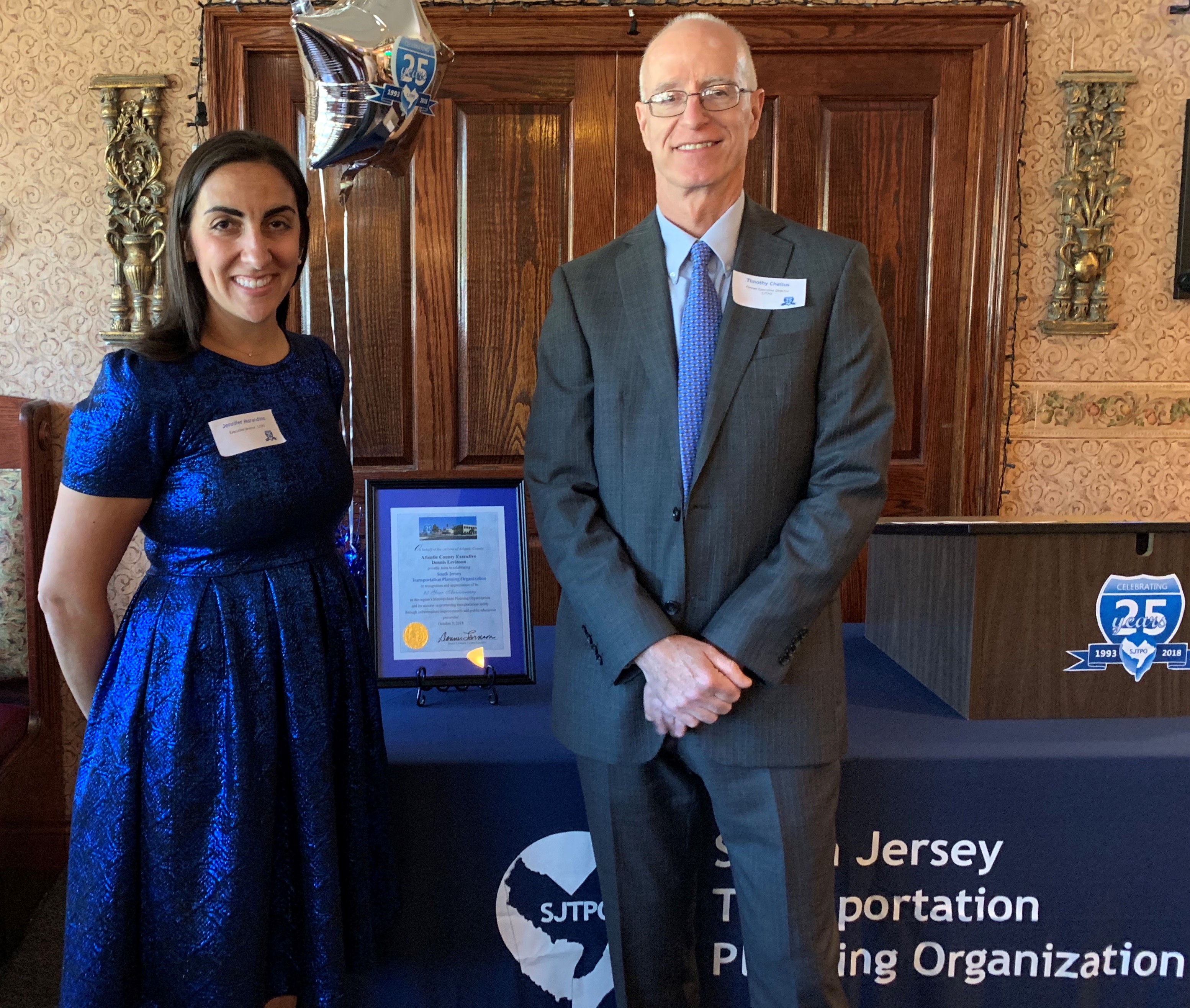 2018 is a momentous year, as it marks South Jersey Transportation Planning Organization’s 25th anniversary as the region’s Metropolitan Planning Organization (MPO). Prior to its designation in July of 1993, three smaller MPOs served the urbanized areas of southern New Jersey. The idea for the merger was introduced by the leaders of the four counties and made effective under the orders of Governor Jim Florio. The basis of the merger was the idea that one, all-encompassing MPO would benefit from combined federal, state, and local resources, and thus be better able to create a stronger regional approach to solving transportation problems in Atlantic, Cape May, Cumberland, and Salem counties.

Among the first tasks the SJTPO had to address was to create a vision. Mr. Tim Chelius, the founding Executive Director, who retired in 2016, stated, “Our immediate goal was to establish South Jersey as a full partner in the federal transportation planning and capital program process.” To accomplish this feat, SJTPO instituted a Policy Board, which became the governing body of the SJTPO, to comply with new measures within the Intermodal Surface Transportation Efficiency Act of 1991 (ISTEA). The Act, which was signed into law in December of 1991 by President George H. W. Bush, made changes to regional planning and policies, including giving more decision-making authority to local elected officials. Mr. Chelius noted the specific stipulations to the Policy Board included, “requiring 8 of 11 Policy Board members to be elected officials to guarantee that critical decisions [were] made at the highest levels.”

As SJTPO’s vision expanded and as years passed, the Organization found much success. On the capital programming side, many new projects were awarded funding. The establishment of a long-range transportation plan and a capital project selection process were readily received by the public. Furthermore, Mr. Chelius recalls when SJTPO was approved by the National Highway Traffic Safety Association (NHTSA) as a grantee to receive funding for the robust series of safety education and enforcement programs SJTPO offered to the public. Mr. Chelius stated, “We did quite a lot of traffic safety advocacy outside of planning and engineering over the years and were recognized as a national leader among MPOs for that.” However, with all the high points also came several low points. Not only did SJTPO experience state shut-downs, there were also project delays and years of insecure federal funding. Mr. Chelius acknowledged the low points and stated, “those [were] part of the game, and we adapted.”

Ms. Marandino transitioned into her new role with ease and strived to make changes that would allow for growth and continued success within the Organization. When asked about significant changes made to the Organization, Ms. Marandino mentioned the addition of two new staff members in the latter half of 2017. Ms. Marandino went on to state, “With the two new hires, we were able to take advantage of the bright young talent within southern New Jersey, with both new staff members receiving their educational degrees from Rowan University.” The addition was even more significant because both hires were women, which was exciting, yet rare in a typically male-dominated profession. Two years into her role and Ms. Marandino already has a clear idea of what she hopes SJTPO can accomplish over the next five years. One major area of improvement Ms. Marandino hopes SJTPO will be successful in achieving is strengthening ties with the public in the four-county region. When further asked about this matter, Ms. Marandino explained, “SJTPO has done a good job publicizing our Safety Educational Outreach programs, led by two retired police officers, but we have not done a great job letting the public know who we are and the valuable role we play in our region.” The need to have the public involved in SJTPO’s affairs is vital because when the public thoroughly understands what SJTPO does and how transportation improvements will help them get to where they need to be more efficiently and safely, they are more likely to support the Organization’s efforts. Moreover, Ms. Marandino hopes SJTPO’s subregional partners will take full advantage of the funding sources available to southern New Jersey. The approximately $11.6 million in funding allocated to the region this year is only available through SJTPO. As an engineer, Ms. Marandino acknowledged, “I get excited for projects; when the years of planning are complete, and the public can start seeing the fruits of our labor.” Related to SJTPO subregional partners and the projects they propose, Ms. Marandino advocates for all future resurfacing projects to include components of safety, with the intent to reduce the number of fatal and serious injury crashes. To reduce crashes, Ms. Marandino stated, “Our regional partners will need to include proven safety countermeasures into their projects, balancing the needs of all users of the system.”

To conclude, over the last 25 years, SJTPO has made great progress in the southern New Jersey region. Much of this success can be attributed to Mr. Chelius, Mr. John Petersack, Ms. Monica Butler, and the late Mr. Chet Ambler, all founding members. These founding members were instrumental figures, who
established a trusted and progressive MPO. Despite Mr. Chelius’ retirement in 2016, he remains in touch with SJTPO staff and aids Ms. Marandino when necessary. Ms. Marandino is grateful to have Mr. Chelius’ guidance because as she notes, “We can continue to learn and grow, regardless of where we are in our career.” After all the changes and growth, both Mr. Chelius and Ms. Marandino are proud that the mission of the Organization has remained a constant: to create a transportation system based on regional collaboration that moves people and goods in a safe and efficient manner.